Many couples are affected by miscarriage, which is an unfortunate incident that can happen to anyone. It is usually more tragic for persons who have been trying to get pregnant for a long time. Aside from the agony and pain that women go through after a miscarriage, they also have to think about their ovulation cycle. Ovulation is by far the most fertile time in any woman’s menstrual cycle. It is the period when eggs are released and can be reached easier by the sperm.

When is the Likely Time for Ovulation to Occur after Miscarriage?

In general, the type of miscarriage that you have will determine when you will start ovulating. Your normal ovulation cycle could start about 4 to 6 weeks after miscarriage if it was not a complicated incident. After a woman gets pregnant, the body will produce hCG hormone and this will control the production of the ovulation stimulating hormones. After pregnancy, some tissues will be removed completely from the body and the hCG levels will decrease gradually. The menstrual cycle will start as soon as the levels drop to zero.

At this point you might be wondering when the levels will drop to zero. This will be determined by the hCG levels prior to the miscarriage. For the most part, it would take two weeks for your system to go back to normal so it’s best to monitor your hCG levels. You should consult your gynecologist or obstetrician if the levels remain on the high side. The doctor can identify the root cause and recommend the best treatment.

If you had a spontaneous miscarriage that was accompanied by prolonged bleeding, it will take 2 to 4 weeks for your ovulation to go back to normal. It’s worth mentioning that ovulation will take a short time to return to normal if a woman experiences little or no complications after a miscarriage. For this reason, it is important to get a proper examination done after a miscarriage to rule out any possible complications.

Your ovulation might come later than normal after a spontaneous abortion if you are grieving and are stressed out.

Your body temperature is one of the easiest methods to track ovulation after a miscarriage. Body temperature will increase slightly right after ovulation, so monitoring it in the morning every day can prove to be a helpful tool for tracking ovulation. Breast enlargement/tenderness is another sign of ovulation.

During ovulation, it is normal to see a change in the appearance and texture of the cervical mucus. The mucus will be cloudy and thick with a raw egg white look. Cervical mucus is a sign that ovulation is occurring. The discharge will become slippery, thickening on the day of ovulation and gradually reduces in quantity.

You could also experience abdominal pain or cramps during ovulation. Normally the pain is experienced within the lower abdominal area. If fluid and blood is moving from ruptured follicles, the irritation can cause mild or severe pain and discomfort.

Is there reason to have hope after a miscarriage?

Absolutely yes! There is no evidence to show that woman fertility will decrease after a miscarriage. This means that a miscarriage will not cause you to be less fertile. Since there is no support for reduced fertility following a miscarriage and some for increased fertility, you will have reason to hope that you might be a slightly more fertile when you are trying next to get pregnant. Of course, this will also vary as it depends on the case. For instance, the results of most studies are given based on the miscarriages which occur naturally and will cause little or no damage to the woman’s body. The miscarriages which are caused by substance abuse or physical harm could result in decreased fertility.

To conclude, the starting time for ovulation after miscarriage will be different for every woman. Therefore, it’s best to remain stress free to avoid delaying ovulation and to consult your doctor to get professional help to resolve any underlying issues.

How accurate are ovulation tests

Urine or Saliva Based Ovulation Kit: Which One Is The Right For You 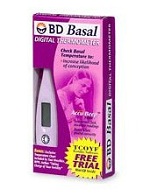