Want to know how fertile are you after your period? It could be that you are trying to get pregnant and it is taking longer than you thought. Your body will go through different changes monthly during your menstrual cycle to prepare for conception. These changes will also give you clues about ovulation.

First of all, you should know that you can get pregnant or conceive at any time throughout your menstrual or right after your period if you are having sex without using contraception. You could also get pregnant if you are yet to see your period, during the first period or immediately after your first sexual encounter. You really don’t have a safe time in the month to have sexual intercourse without contraception and avoid the risk of conceiving. However, you will be more fertile at certain times throughout your menstrual cycle and this is the period when you are more likely to get pregnant. How Fertile Are You after Your Period

The menstrual cycle is controlled mostly by the hormone progesterone, oestrogen, lutenizing hormone and the follicle stimulating hormone. A rise in the LH will trigger ovulation. Your menstrual cycle will start on the first day of your period and continue to the first day of the next period. When your ovaries release an egg, at the time of ovulation, you will be most fertile. This is usually 12 to 14 days before the start of the next period. You are more likely to get pregnant during this time.

Although it could happen, it’s unlikely that you will get pregnant right after your period. It’s important to remember that the sperm can survive for up to 7 days in the body sometimes after you
have sex. Basically this means that it might be possible for you to get pregnant pretty soon after your menstrual period ends if you are ovulating early.
It is always best to chart your cycle to find out when you will have the best chance to get pregnant. Ovulation generally occurs around 14 days after your menstrual period, but your fertile period could be earlier or later if you have a cycle that is shorter or longer than twenty-eight days. Just before ovulation, your body temperature will drop and then increases. You will be fertile for 1 day before the drop in temperature and for 1 day after the increase.

Hopefully this information will help you to know how fertile are you after your period. Generally speaking, the most fertile days to have sex will be 4 to 5 days prior to ovulation and on the day of ovulation. Just remember that the possibility of you getting pregnant immediately after your period is low because it will depend on whether your cycle is short or long.
Image: source

Urine or Saliva Based Ovulation Kit: Which One Is The Right For You 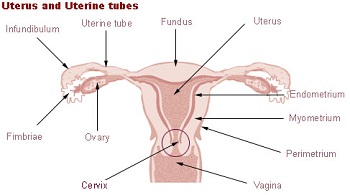 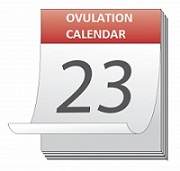 Find out when you ovulate with fertility calendar